Letter to the editor sent to Physics Today magazine on May 22, 1990

Will the Hubble Telescope Detect a Limit to Galaxy Redshifts?

With the launching of the Hubble Space Telescope astronomers are anxiously waiting to see what will be revealed to lie at the "edge" of the universe.  The big bang theory predicts that few galaxies should be observed with redshifts much greater than 4, simply because there is not enough time for them to form.  This assumes an age for the big bang universe of 9.4 billion years, based on the findings of Reid et al.(1) and Tully(2) which suggest Ho = 100 km/sec/Mpc. Galaxy formation models require at least 750 million years to form light-emitting galaxies, and according to the big bang cosmology, galaxies with z > 4 would necessarily be younger than this.  If there is indeed a cut-off at around this value, the Hubble Telescope would be able to see it.  The telescope should be able to detect light emitting objects with redshifts even as high as 30, if such exist.  So observations with the Space Telescope could provide a crucial test of the validity of the big bang theory.

However, I predict that contrary to expectations, galaxies will be found which will have redshifts greater than 4 and, in fact, that they will be found in great numbers.  This prediction arises from a quantum theory that projects a cosmology quite different from that of the big bang theory.  This subquantum kinetics(3) cosmology predicts a static universe of unlimited size in which matter arises through a process of continuous creation, creation rates being highest in the vicinity of existing matter.  The cosmology also predicts the existence of a tired-light cosmological redshift for photons travelling through intergalactic space.  As was demonstrated in 1986,(4) this tired-light prediction fits observational data better than the expanding universe Doppler shift hypothesis, on four different cosmology tests.

Subquantum kinetics suggests that galaxies should be present in space at very high redshifts, much higher than is predicted by the big bang theory.  If this theory is correct, then the expected cutoff in galaxy redshifts should not be observed.  I expect that the highest observable galaxy redshift will possibly be in the vicinity of z = 30 and will be observer limited (determined by the light gathering power of the Hubble Telescope, rather than by cosmological factors).  If such a discovery is made, it will probably be one of the most perplexing findings of the Hubble mission.  Perhaps within the next year we will have an answer as to which cosmology is correct. 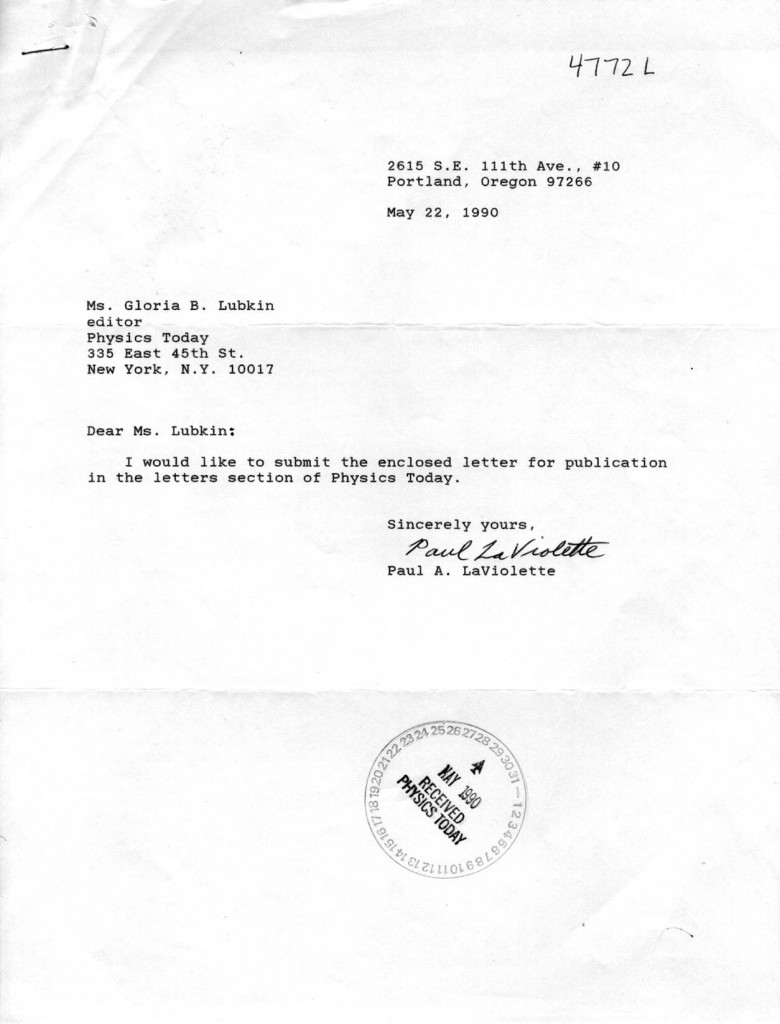 Cover letter of letter submission received by Physics Today on May 29, 1990

Response received from Physics Today saying they would not publish the letter: 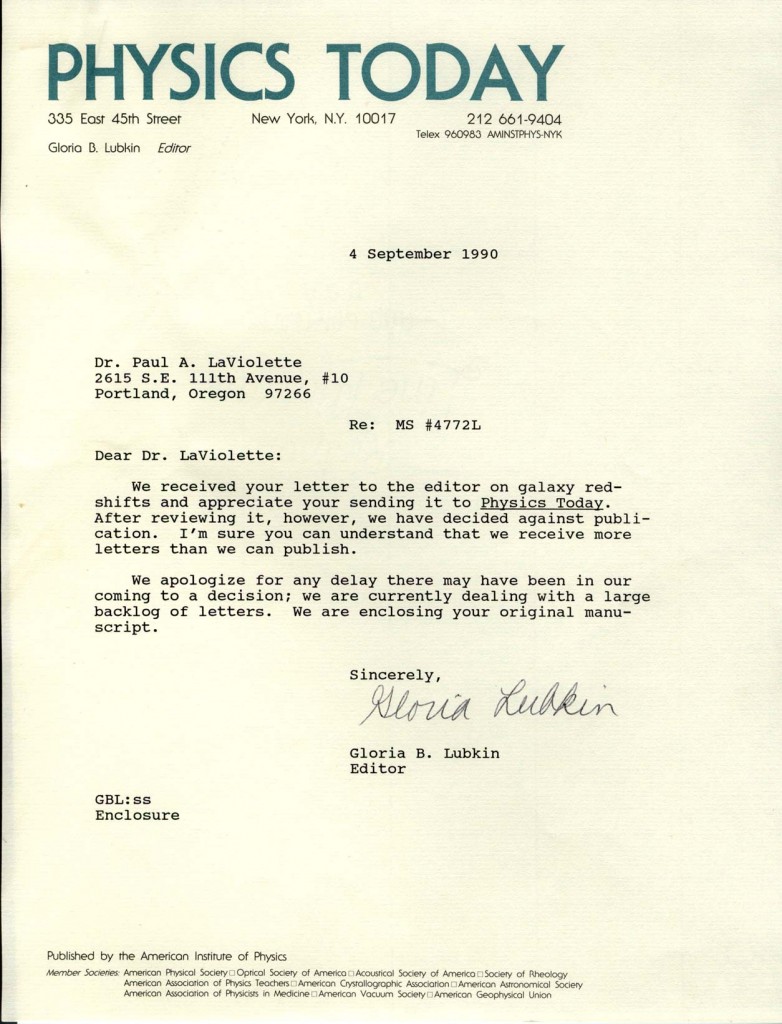 September 1990 letter from Physics Today rejecting publication of the letter

During the 21 years elapsing since this prediction was mailed to Physics Today, many galaxies have been discovered with redshift greater than z = 4.

Bottom line:
Over the years another subquantum kinetics prediction will have been vindicated.