Do neutrinos break the speed of light limit? Is physics in crisis? 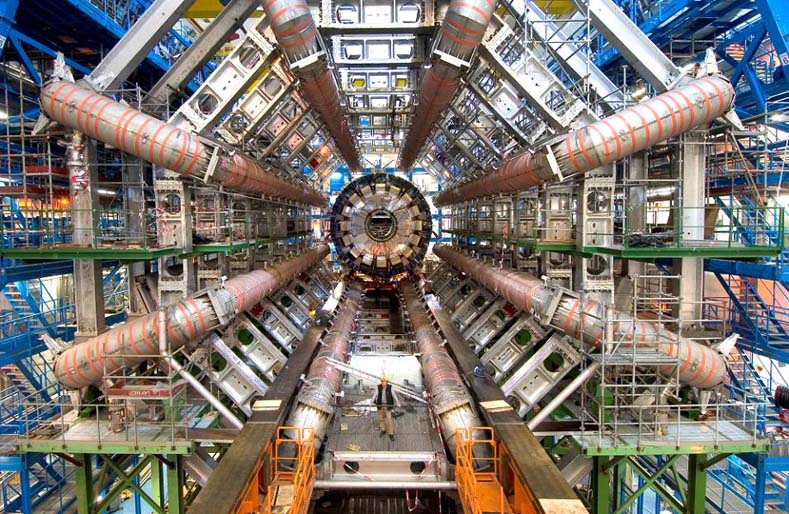 On September 22nd scientists at CERN announced that they had clocked the speed of neutrinos over a 732 kilometer distance and found that surprisingly they travel at 0.0025% faster than the speed of light.  So whereas light and electromagnetic waves of all frequencies are measured to travel about 300,000 kilometers per second, these neutrinos were found to travel at 300,006 kilometers per second, arriving at their destination about 60 nanoseconds sooner than expected. 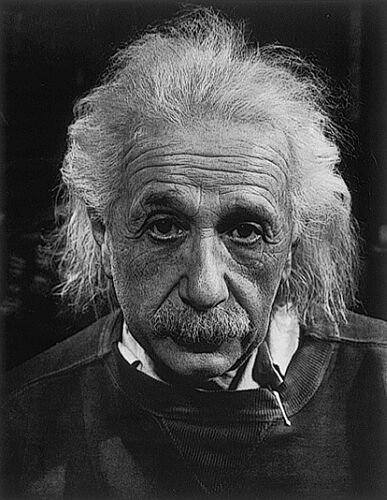 These results call in question the validity of the special theory of relativity which holds that nothing can travel faster than the speed of light.  Since relativity is a mainstay in the standard physics paradigm, a pillar on which the framework of contemporary physics theory has been constructed, these results threaten its collapse and with it the construct of relativistic cosmology.

However, Carlo Contaldi questions the conclusions of the CERN-OPERA experiment in his preprint: https://xxx.lanl.gov/abs/1109.6160.  He suggests that the researchers did not take into account various relativistic factors which could alter the timing of the GPS synchronized atomic clocks at each site and of the atomic clock that was moved from CERN to the Italian destination 732 km away to check their timing.  He notes that effects such as the Sagnac effect due to the Earth's rotation, unaccounted for variations in gravity potential along the route taken by the calibration clock, relativistic effects to the calibration clock during acceleration and subsequent deceleration in the course of its transport, in total could have accounted for the 60 nanosecond time discrepancy that was observed.  We will have to wait and see what response their paper receives.

Regardless of whether or not neutrinos really do break the speed of light barrier, past experiments have shown that high voltage electric field shocks, variously termed Coulomb waves, Tesla waves, or scalar waves, do break the speed of light barrier.  These experiments support the subquantum kinetics physics methodology (SQK) which teaches that certain types of waves can travel faster than the speed of light.  Namely, it predicts that such longitudinal waves should travel at superluminal speeds since the shock that forms the wave's leading edge propels the wave's ether substrate forward in the direction of travel.  So now the wave velocity becomes v' = c + vether , where vether = the forward velocity of the wave's local ether matrix.  In particular, Nikola Tesla in the early part of the twentieth century Tesla had measured superluminal speeds of c × π/2 (or 1.57 c for the longitudinal waves he radiated around the world from his magnifying transmitter monopolar antenna towers.

In the past some have theorized that neutrinos may be longitudinal waves similar to Tesla's waves.  In particular, like Tesla waves, they can pass freely through matter with little attenuation.  Nevertheless, there is one important difference. Unlike Tesla waves, neutrinos are particles with spin and mass, although their mass is extremely small.  But this makes the challenge for Einstein's theory even more upsetting.  For, according to Einstein's theory and laboratory observation, as a particle approaches increasingly close to the speed of light, its mass increases exponentially, an effect termed relativistic mass dilation.  Also in accordance with the law E = mc2, a particle's energy should also increase exponentially.  Consequently, according to this formula not only should each neutrino have attained infinite mass and energy long ago in its acceleration history, but at superluminal velocities it should no longer exist in the physical world.

There are two ways out of this mess.  Either the CERN-OPERA experiment reached the wrong conclusion because factors affecting the timing of its atomic clocks were not taken account of, or if the conclusions are found to be correct, the neutrinos could have attained their superluminal speeds by surfing on an ether wind produced by the CERN accelerator beam.  This is further discussed below, but first let us review the history of superluminal measurements.  As mentioned above, this is not the first time that the c speed barrier has been broken.  There have been many demonstrations of energy waves traveling faster than the speed of light, although superluminal energy wave propagation is not nearly as shocking and destructive to physics as is superluminal particle propagation.  Below is a list of researchers who have shown definite evidence of superluminal wave propagation, but whose work unfortunately has received little or no media coverage.

1) In 1988 researcher Alexi Guy Obolensky, working together with Prof. Panos Pappas, transmitted electric pulse shock waves at superluminal speed.  They published the results of their experiment in Electricity and Wireless World,December 1988, pp. 1162 - 1165.

The above page links are provided on Dr. Pappas' website.  Some of the images are marked with corrections that Dr. Pappas has made to correct mistakes made in the original published manuscript which was mistakenly not sent to A. G. Obolensky for his final review.

2) Also in 1988, Eric Dollard demonstrated an experiment in which he sent longitudinal waves through a coaxial cable at 1.26 c.  He discusses this in the following video: https://video.google.com/videoplay?docid=-721789270445596549#.  See especially the part 14 minutes into the video.

3) In 2005 - 2006 Alexi Guy Obolensky and myself transmitted high voltage Coulomb shock wave pulses across his laboratory at a speed averaging 1.26 c.  At 3.07 meters distance the pulse arrived 1.7 nanoseconds faster than luminal speed.  Our threshold resolution for distinguishing time delays was 125 picoseconds.  The rise time of our shock front was about 0.8 nanoseconds.  The speed declined inversely with increasing distance from the emitting electrode in accordance with the predictions of subquantum kinetics.  At a distance of 83 cm from the electrode the speed was clocked as high as 2.1 c with speeds as high as 8 c being projected at 65 cm distance!  Graphs of the data are published in my book Secrets of Antigravity Propulsion, p. 177 -185.  Other than this reporting, Obolensky and myself have not yet taken the time to write up the results for publication in a technical journal due to current demands on our time.  Nevertheless, as described in Verification Number 11, our experiment confirmed a key a priori prediction of subquantum kinetics.

4) Also around this time, Eugene Podkletnov and Modanese performed experiments with the Podkletnov gravity impulse beam generator in which they succeeded in sending gravity shock impulses over a distance of 1211 meters at a speed of 64 c.  They report their findings in a paper entitled "Study of Light Interaction with Gravity Impulses and Measurements of the Speed of Gravity Impulses" which is appearing this year (2011) in an edited book of papers.  E. Podkletnov has disclosed to me in personal communication that they have succeeded in measuring speeds of several thousand c in a higher power impulse beam generator.

5) Dr. Panos Pappas has recently continued experiments on superluminal pulse propagation in his own laboratory in Athens, Greece.  He reports the results of his work on his papimi.gr website.

In addition to the above there are various reports of superluminal signal propagation over very short distances such as the papers by Ishii and Giakos (1991) and Enders and Nimtz (1993).

In subquantum kinetics, a superluminal wave gets its superluminal speed because it rides on an ether wind; recall v' = c + vether .  So, the same may apply to neutrino particle propagation.  In the process of producing its neutrino beam, the CERN accelerator may also be producing a columnated ether wind traveling in the same direction as the neutrinos and, as a result, the neutrino velocity might become boosted by the added ether velocity, vether.  This calls to mind the columnated ether wind beam produced by Eugene Podkletnov's beam generator.

The question that arises is whether natural neutrino outbursts produced by stellar explosions and galactic core explosions would similarly have superluminal velocities.  Or would their velocities fall off as 1/r due to the natural outward dissipation of the ether wind.  If neutrinos do preserve an undiminished superluminal velocity even in natural explosions, this could be a valuable warning for the arrival of a harmful gamma ray burst or galactic superwave.  For example, if a neutrino burst were to arrive from the Galactic center approximately 23,000 light years away and were to have a velocity 0.0025% higher than c, as in the CERN experiment, then it would be arriving 7 months ahead of the initial gamma ray pulse and could give us some time to prepare.