May 4th radio interview about "Mr. X" and his water Fuel Secret 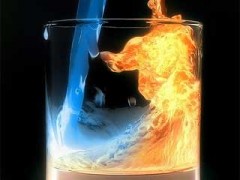 An inventor referred to as "Mister X" appeared on the "Late Night in the Midlands" radio talk show on Wednesday May 4th, 2011 at 10 PM EST.  Although pre show publicity claimed that he would reveal all the details about his water fuel technology, in fact he kept the details to himself.  It was also claimed that he has survived ten murder attempts, but again he did not discuss this.  He only made reference to the assassinations of Stan Meyer and John Kanzius.  The inventor implied he was reticent because his technology was under review by investors and he mentioned that he had received threats if he were to advocate his hydrogen gas generation technology be used for increasing engine efficiencies by more than 25% - 30%.

Nevertheless the radio interview was interesting and some sites were suggested where one could visit to learn how to build overunity hydrogen generators.  He directed people to the website panaceauniversity.org where he suggested clicking the link labeled hydroxy booster technology.  Also he recommended listening to the you tube videos posted by zerofossilfuels.  This individual has posted 267 consecutive videos.  Mr. X recommended starting at video #12 and viewing as far as #133, and to pay particular attention to video #139.  Video #12 is however difficult to locate and whether it is not certain that the videos necessarily link in consecutive order.  The best would be to find a website that posts links to all 267 of them.

It should be commented that the open system paradigm that subquantum kinetics uses permits over-unity energy production in nature.  That is, it allows First Law violations.  For more information on this, see the following posting.