Subquantum kinetics proposes the existence of a primordial transmuting ether composed of subtle "etheron" particles. These continually react with one another in prescribed manners and also diffuse through space.

Potentially, there may be many subquantum reactions taking place in the transmuting ether, but only a few of these may be important for describing the origin of the fields composing the matter and energy of our universe. This relevant subset of ether reactions (Model G) is described by just five kinetic equations. These describe the recursive conversion of X etherons into Y etherons and Y etherons back into X etherons. 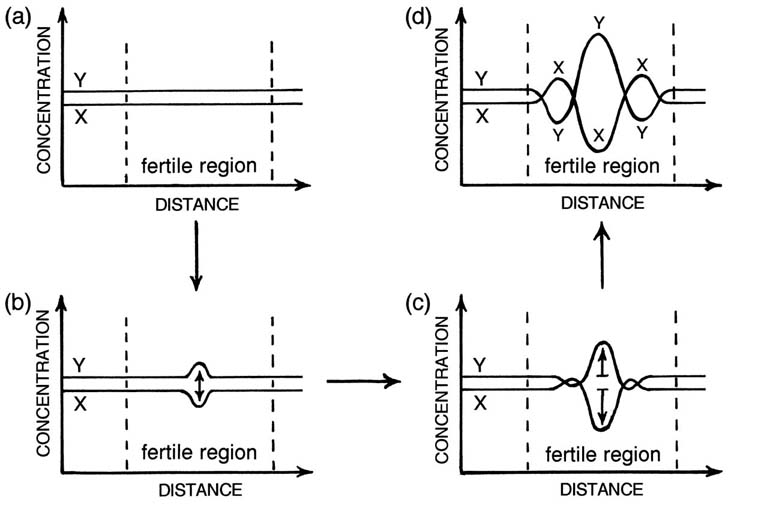 For actual simulations of Model G, visit our gallery

Next Page: More illustrations about Subquantum Kinetics
Back to the previous page ...Continue to the next page