In 1987, during the peristroika period, Starburst Foundation researcher Paul LaViolette spearheaded the first US-Soviet ice core exchange. This resulted in closer ties between U.S. and Soviet ice core programs. LaViolette's initial intention was to obtain ice samples from the new deep ice core that had been drilled at the Soviet base in Vostok, Antarctica. Previously there was no way for U.S. researchers to receive samples from the Soviets due to the ongoing cold war. After sending several letters to the Arctic and Antarctic Research Institute in Leningrad (St. Petersburgh), and one letter to the Soviet Embassy in Washington, LaViolette received a letter in May 1987 from the head of the Soviet polar program laboratory agreeing to provide LaViolette with samples and also suggesting that the U.S. and Soviet Union consider an exchange of polar scientists between their two Antarctic bases, Vostok and the Amundsen Scott Station.[1]

The Division of Polar Programs at the National Science Foundation (NSF) had also received a copy of this same letter, but the NSF division director had apparently not responded to the U.S.-Soviet exchange opportunity that was being offered to them, even after having received a June 1st notification call from LaViolette. The Division of Polar Programs did not realize that they had an important opportunity before them until after LaViolette had called up their office a second time in November of that year and pointed out to one of their personnel certain key passages in the Soviet's letter; see telecon transcript.[2] News of this exchange and of LaViolette's trip to pick up the Vostok ice samples was covered the following year in the science section of the Oregonian (June 9, 1988 issue).[3]

Some months later, assisted by funding from a Starburst donor, LaViolette prepared two insulated ice chests and set out to pick up the samples he had been promised. He travelled to Rotterdam, Netherlands where he rendezvoused with the Soviet vessel Akademic Federov on its way back from Antarctica. He loaded the samples in insulated chests cooled with dry ice and gel packs and flew them to an ice core storage facility at the U.S. Geological Society facility in Denver. 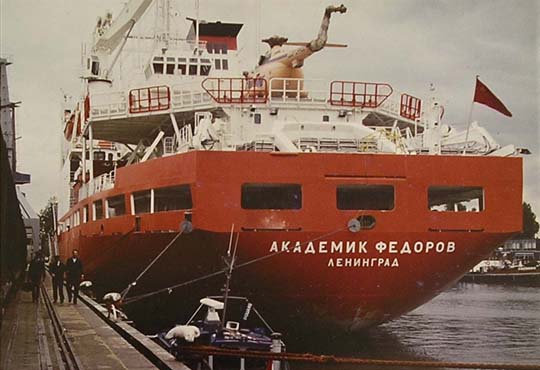 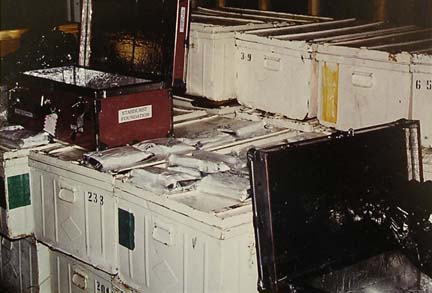 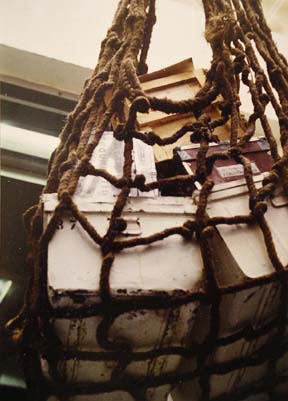 Chests of ice samples being unloaded from the Federov