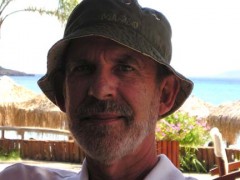 PAUL A. LaVIOLETTE, PH.D, is author of Secrets of Antigravity Propulsion, Subquantum Kinetics, Earth Under Fire, Genesis of the Cosmos, Decoding the Message of the Pulsars, Galactic Superwaves and their Impact on the Earth, and is editor of A Systems View of Man. He has also published many original papers in physics, astronomy, climatology, systems theory, and psychology. He received his BA in physics from Johns Hopkins, his MBA from the University of Chicago, and PhD from Portland State University.  He is currently president and director of the Starburst Foundation.

He has served as a solar energy consultant for the Greek government and also consulted a Fortune 500 company on ways of stimulating innovation. Research he conducted at Harvard School of Public Health led him to invent an improved pulsation dampener for air sampling pumps. Related work led him to develop an improved life-support rebreather apparatus for protection against hazardous environments and for which he received two patents. Dr. LaViolette is the first to predict that high intensity volleys of cosmic ray particles travel directly to our planet from distant sources in our Galaxy, a phenomenon now confirmed by scientific data.  He is also the first to discover high concentrations of cosmic dust in Ice Age polar ice, indicating the occurrence of a global cosmic catastrophe in ancient times.

Based on this work, he made predictions about the entry of interstellar dust into the solar system ten years before its confirmation in 1993 by data from the Ulysses spacecraft and by radar observations from New Zealand.

He also originated the glacier wave flood theory that not only provides a reasonable scientific explanation for widespread continental floods, but also presents a credible explanation for the sudden freezing of the arctic mammoths and demise of the Pleistocene mammals.  Also he developed a novel theory that links geomagnetic flips to the past occurrence of immense solar flare storm outbursts.He is the developer of subquantum kinetics, a novel approach to microphysics that not only accounts for electric, magnetic, gravitational, and nuclear forces in a unified manner, but also resolves many long-standing problems in physics such as the field singularity problem, the wave-particle dualism, and the field source problem, to mention a few.
Moreover based on the predictions of this theory, he developed an alternative cosmology that effectively replaces the big bang theory. In fact, in 1986, he was the first to cast doubt on the big bang theory by showing that it makes a far poorer fit to existing astronomical data when compared to this new non-expanding universe cosmology.

The subquantum kinetics cosmology also led him to make successful predictions about galaxy evolution that were later verified with the Hubble Space Telescope.Dr. LaViolette is credited with the discovery of the planetary-stellar mass-luminosity relation which demonstrates that the Sun, planets, stars, and supernova explosions are powered by spontaneous energy creation through photon blueshifting. With this relation, he successfully predicted the mass-luminosity ratio of the first brown dwarf to be discovered.More recently, his maser signal blueshifting prediction has found confirmation following publication of the discovery of a blueshift in the Pioneer 10 spacecraft tracking data.

A list of Paul LaViolette's published predictions and their subsequent verification pertaining to his superwave theory and his subquantum kinetics theory.

Letters of support about his research findings.